The Achievement Rights Agency on Communities (ACRR) organized “Anti-Discrimination in Plural Societies: Legal Standards and Practical Experiences” training , as part of the project “Enhancing democracy through Promotion and Protection of Minority Rights” financed by the European Union. The training took place on March 27 and 28 in hotel “Russia” in Skopje.

Trainers were experts: Giacomo Pailli, Alessandro Simoni and Filippo Romoli. Participants in the training were representatives of the following institutions: the Ministry of Justice, the Ministry of Interior, the Ombudsman, the Agency for Development and Promotion of Education in the Languages ​​of the Members of the Communities, the Agency for Enhancing and Promotion of the Culture for the minority groups and representatives of other institutions. 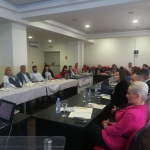 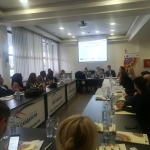 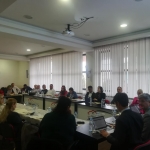 
Necessary Always Enabled
Necessary cookies are absolutely essential for the website to function properly. This category only includes cookies that ensures basic functionalities and security features of the website. These cookies do not store any personal information.
Non-necessary
Any cookies that may not be particularly necessary for the website to function and is used specifically to collect user personal data via analytics, ads, other embedded contents are termed as non-necessary cookies. It is mandatory to procure user consent prior to running these cookies on your website.
SAVE & ACCEPT